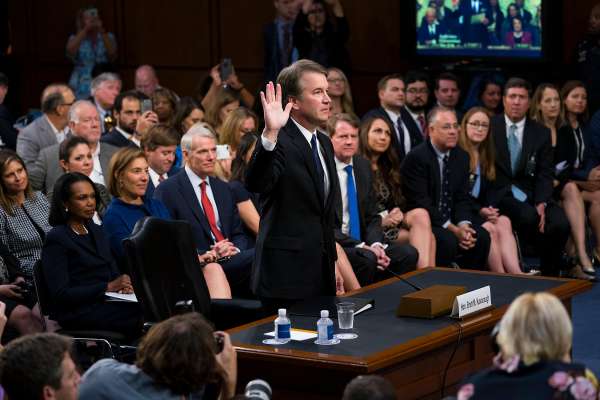 “You call that a viable solution?” the committee’s chairman, Senator Alan Green, said. “I find your recommendation to be both stunning and incredibly partisan. I ought to ban you from this hearing.”

“That’s a cheap shot, Senator,” Senator Elizabeth Browne responded. “I’m just trying to make sure that nothing in this investigation falls through the cracks. We should reopen the investigation without putting limits the scope, the witnesses that can be interviewed, and without setting an unrealistic timeframe to complete it.”

“Well, Senator Browne, I respectfully disagree,” Senator Green said. “We’ve already conducted an investigation and have found the woman’s accusations to be totally baseless. How much longer do we need to drag this thing out?”

“You call having your majority staff conducting a two-day investigation to be fair and impartial?” Senator Brown said. “The only investigation that would mean anything would be one conducted by an independent body, like the FBI, and which would have no restrictions or conditions.”

“Overruled!” the chairman shouted, pounding his gavel on the table. “We have what we need. Let’s vote. All in favor of moving the nomination forward to the full Senate say ‘aye.’”

6 thoughts on “Politics As Usual”