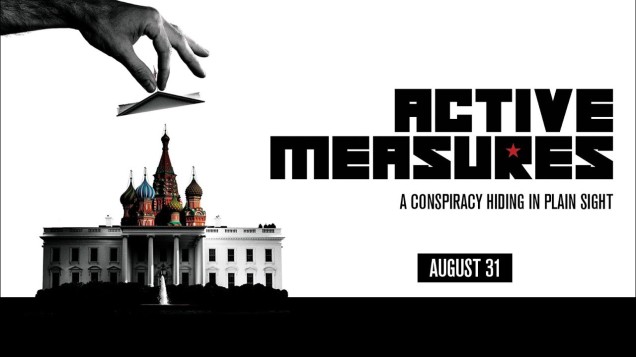 I watched the movie “Active Measures” last night. I streamed it on Hulu. If watching that movie doesn’t set off alarm bells, nothing will. Even the most ardent Trump supporters will have to take pause if they see it. It exposes all of Vladimir Putin’s transgressions with respect to interference in the workings of democracies, and not just in the United States, but all across the globe.

Putin, according to the movie, has been engaged in his labor to make the world a more volatile place by undermining democracies and stoking division, dissension, and chaos in order regain for Russia the superpower status it had before the fall of the Soviet Union.

I know that conservatives, Republicans, and Trump’s lemmings, should they even bother to see the movie, will call it pure propaganda and fake news. But it doesn’t take the wisdom of the sage to see the truth behind it. And it’s scary how effective — and successful — Russia’s active measures have been. Very, very scary.

I loathe what’s happening to my country. I loathe what Vladimir Putin’s is doing to undermine our democracy, I loathe the Republicans in Congress who have allowed Trump to get away with this. And most of all, I loathe Donald Trump for being a traitor to his country.