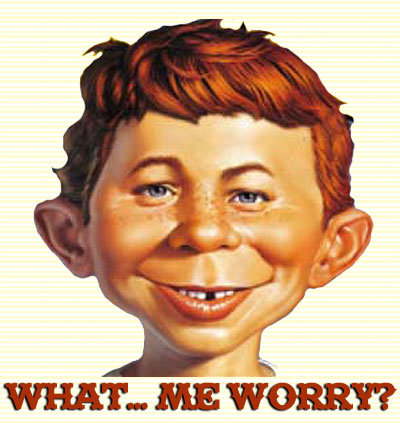 My mother was a world class worrier. She would fret over ever little thing. Maybe it was because I was her “baby,” the youngest of three siblings. But her worrying drove me crazy.

I was living at my parents’ house when I was 22 years old and had just graduated from college. I was trying to figure out what I was going to do with my life. But then one event persuaded me that it was way past time to move out.

I came home one Saturday morning at around 11:00 to find a police car parked in front of our house. That, of course, caused me to worry. When I walked into the house I saw my mother and father sitting at the kitchen table across from a police officer. Tears were streaming down my mother’s cheeks.

When she saw me, she ran up to me, flung her arms around my neck and said, “Thank God you’re all right.”

At that point, the police officer stood up, smiled at me, put on his cap, and said, “Have a good day, everyone.” Then he left.

I looked at my parents. “Why was that policeman here?”

“Where were you all night?” my mother asked. “We thought something horrible had happened to you. I was so worried that I had your father calling emergency rooms this morning. And then we called the police.”

“Mom,” I said, still stunned. “I was on a date with Sandy and it was getting late, so she invited me to spend the night,” I explained.

“Why didn’t you call to let us know?” she asked. “I was up all night worrying that you were in an accident…or worse.”

“I think he got lucky last night,” my father said, giving me a little wink.

“Well, you should have called,” my mother said. When I started to laugh at the absurdity of the situation, my mother said, “Go ahead and laugh now, young man, but when you have children of your own, you’ll fret a plenty over them.”

Of course, as she was on most things, my mother was right.