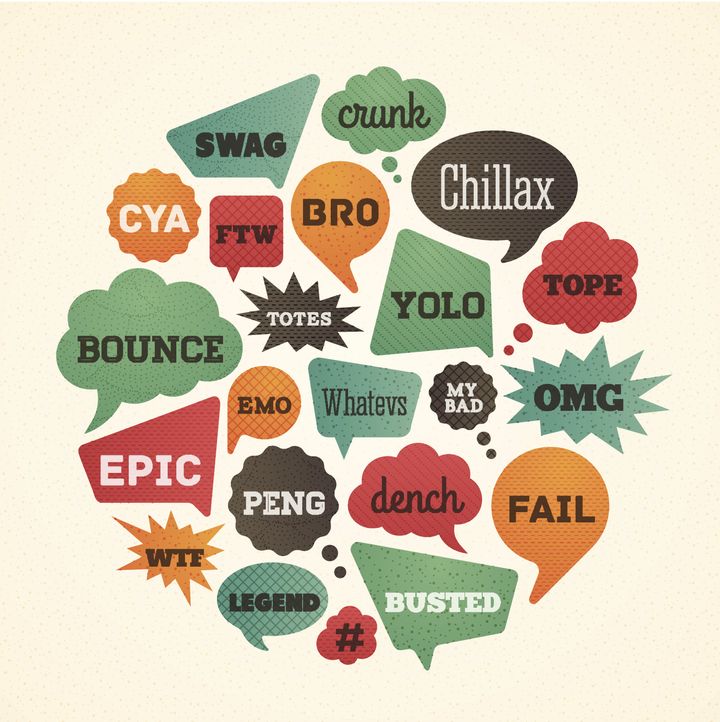 “That’s totally atmospheric,” the teenage daughter said to her father.

“Yeah,” said her brother. “I’m totally down with that.”

“I’m gonna be throwing some kinda shade at my squad once they find out we scored those tiks,” the girl said.

“That arena’s gonna be totally lit,” the boy said.

The father had been listening to this back and forth between his son and daughter and was scratching his head. “Excuse me,” he said. “But are you happy I was able to get you two tickets for that concert or not?”

“What language are you two speaking?” the father said. “It’s certainly not the English I know.”

The father sighed. “Whatever happened to a simple thank you?” he said.

Finally his daughter came up to him, put her arms around his neck, and said, “Chillax, Dad. We’re totally turnt.”

“Totally,” he said, and smiled at her.