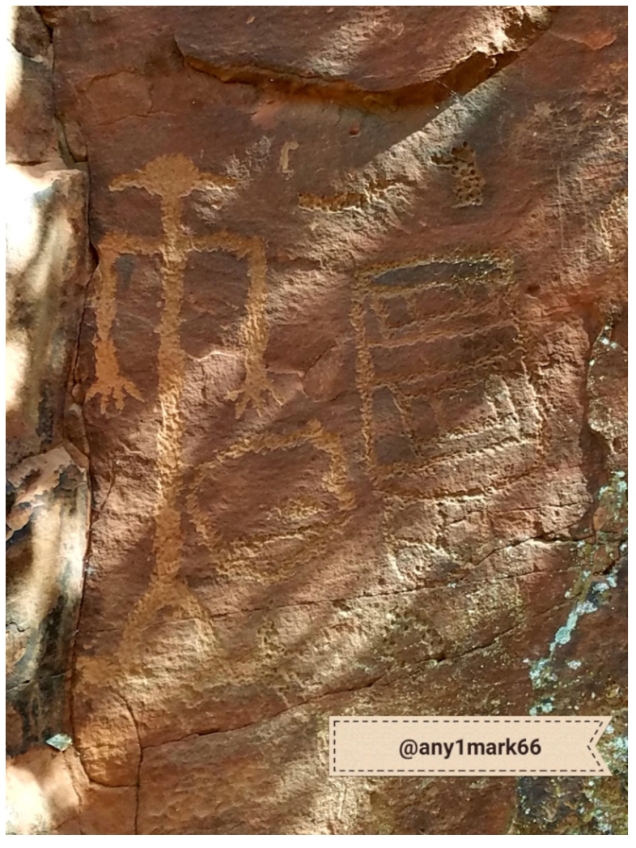 Harold ran back to his group of explorer scouts. Out of breath, he screamed at the others to follow him. The other explorer scouts and the scout leader, Steve, ran with Harold until they reached the the vertical, clay-colored rock wall.

“Look at these rock carvings,” Harold said, excitedly pointing at the images. He turned to Steve and asked him if he knew who might have made the carvings.

Steve moved in for a closer look. After inspecting the carvings, he stepped back and said, “Yes, boys, this is the work of the Anasazi culture. They inhabited this region more than two millennia ago and left us the magnificent ruins at Mesa Verde and other sites.”

One of the younger scouts stepped forward and said, “I don’t think so.”

“Why would you say that?” Steve asked.

“Just look closely,” he said. “The guy is carrying a briefcase and he’s standing next to an open laptop on a desk.”

“Yeah,” said another boy. “There’s the screen and the keyboard with a track pad.” 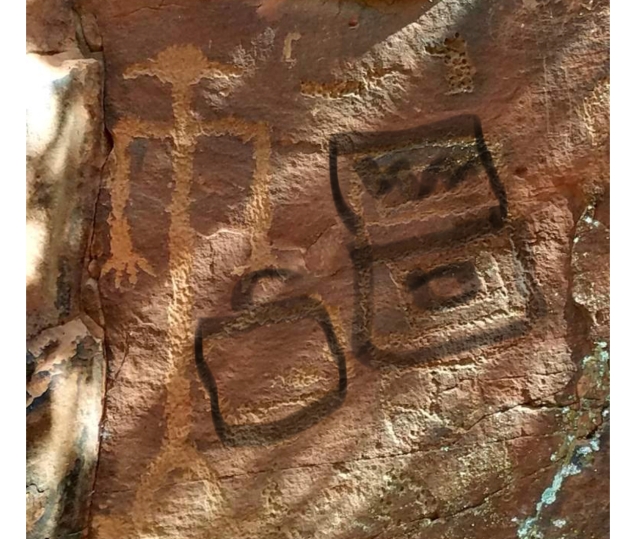 Written for this week’s Flash Fiction for Aspiring Writers from Priceless Joy.