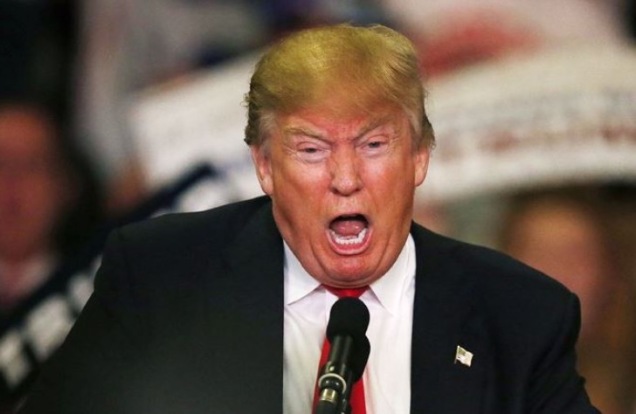 Admit it, Donald. You’re totally unqualified to be President of the United States. As Hillary Clinton correctly assessed, you don’t have the temperament the position requires. You have never before held an elected position and you have no idea what it takes to be successful in government. Even your ardent GOP defenders like Paul Ryan and Chris Christie admit that you are “new to this job” and don’t know what you’re doing when it comes to how our government works.

Admit it, Donald. You have surrounded yourself with inexperienced, clueless sycophants who aren’t doing you any good because they only share with you what you want to hear, not what you need to hear. And your shameless surrogates toe your line even when you undermine them by contradicting the lies they’ve told the media on your behalf.

Admit it, Donald. You are an insecure, thin-skinned, unhinged, megalomaniacal, egotistical narcissist. All you care about is yourself, your family, and your fortune. Based upon what you want to do with heath care, tax reform, and the environment, you clearly don’t give two shits about most Americans, even those you duped into voting for you. You are a con man and a fraud.

Admit it, Donald. You are a pathological liar and wouldn’t know the truth if it jumped up and bit you on your ample ass. You are a hypocrite who plays golf almost every weekend after criticizing Obama for playing golf a lot less frequently than you when he was president. You were the driving force behind the totally bogus birther movement.

Admit it, Donald. You blame everyone and anyone but yourself for your frequent missteps. You deny that Russia interfered in our election despite overwhelming evidence that they did. You are critical of many well-respected, highly-regarded world leaders while expressing admiration for Vladimir Putin and other autocratics.

Admit it, Donald. You tried to convince then-FBI Director James Comey to let the FBI investigation of Mike Flynn go, and when he wouldn’t, you fired Comey. You also asked the Director of National Intelligence Dan Coats and NSA Director Mike Rogers to try to intervene in the FBI’s investigation. You are guilty of obstruction of justice and high crimes and misdemeanors.

Admit it, Donald. You never expected to win the election. You never really wanted the job, which you since have characterized as being harder than you thought it would be. You said you miss your “old life.”

Admit it, Donald. You have diminished and devalued the presidency and it’s time for you to resign and return to your old life before you bring the whole country down in a constitutional crisis. You know that’s the right thing to do.

But then again, Donald, when was the last time you did the right thing?

This post is part of Linda G. Hill’s Stream of Consciousness Saturday and the topic for this week’s SoCS is “admit.”